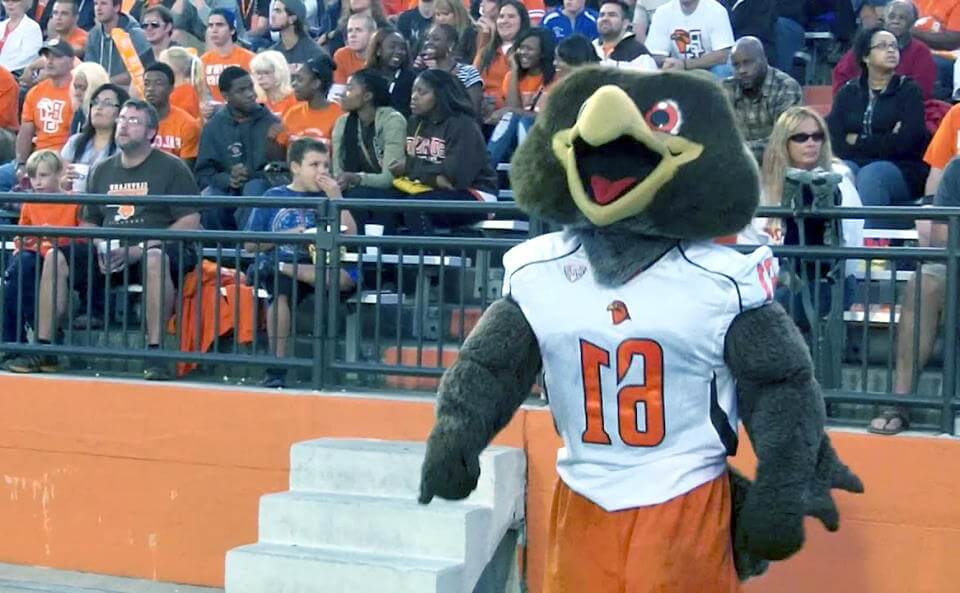 Freddie the Falcon (real name Frederick) has been the Falcons’ mascot for over 35 years. His name is often a source of confusion, as he shares it with other two mascots of college football teams. This Freddie, however, is by far the most popular one – and represents the largest team by far.

Recently, he’s been dubbed as the sport’s 11th creepiest mascot by certain sports editors – an opinion shared by a minority, we’re certain. Such a cute bird being creepy simply does not compute. And the kids love him, so there’s that.

That’s no end to his woes. In 2018, the mascot missed the remainder of the season due to injury after only a couple of matches. Looks like the crazy antics caught up to the bird after all. And we thought birds are nimble and can fly. Guess this falcon didn’t really get the memo as the fans can often see him riding on a quad. However, being of a very… stubborn kind, it didn’t put him down, as the bird has returned stronger than ever. 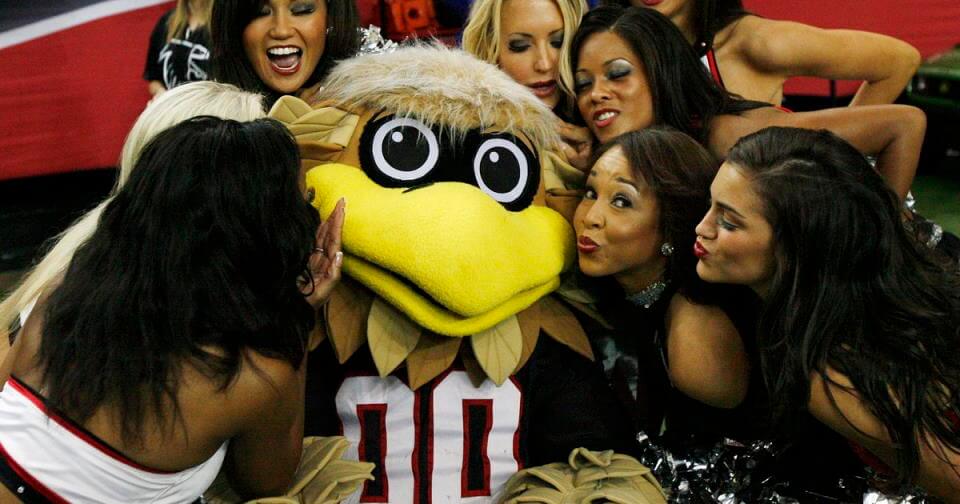 A renowned traveler, Freddie has performed all around the world. For example, he had a gig in Japan for the American Bowl and in Hong Kong for the Chinese New Year. He has also performed in various military bases such as in Guam or Cuba, much to the liking of the soldiers stationed in those parts of the world. And it goes without saying that he’s been all over the US and even starred in a few ESPN commercials.  And of course, yes, he can be hired for your own events (we hear charity events have the best likelihood of him appearing, so if you’ve got something going on for a good cause, why not reach out).

The mascot is keeping up with the times, and you can follow him on Instagram and Twitter.  It’s often truly hilarious and we recommend it if you’re at least a little bit serious about the team. A bird with a sense of humor? Well, you learn something new every day