Maybe he doesn’t have the fanciest of names, but he makes up for it in sheer fun and crazy dedication towards his team. Meet Blaze the Trail Cat!

Although he doesn’t really look like it, Blaze is a mountain lion… or a trail cat (if you find out what that means, let us know). Take your pick. He is the team’s first mascot, and has been introduced to the family in 2002, just when the team’s reputation was at its lower point. Remember the “jailblazers” scandal? Yeah, that time.

Prior to that, the team went by without an official mascot. They did make use of an unofficial one, though: Bill “The Beerman” Scott, a jolly bearded beer salesman who helped the team in one of the most important ways possible. Of course, by ensuring the fans don’t get thirsty!

Anyhow, the tried and true story is that Blaze was adopted by the team as an energetic cat after he appeared at the doorstep of the Oregon Humane Society (a nonprofit animal shelter helping neglected animals).

Blaze sports a silver fur coat and ears that resemble flames (the “Blaze”) part of the equation. Here’s a video story depicting his origin:


Sadly, and probably due to his “newness”, he’s considered by some as one of the worst mascots in the NBA – but we kind of take to the cute cat. Yet, the numbers don’t lie. But real fans won’t let this tiny bit of information take the wind off their sails – as we all know, the Trail Blazers have one of the most dedicated crowds around.

As with most other mascots, he can be booked for private celebrations and makes appearances at local charity events. It’s an exhausting schedule, we’re sure. 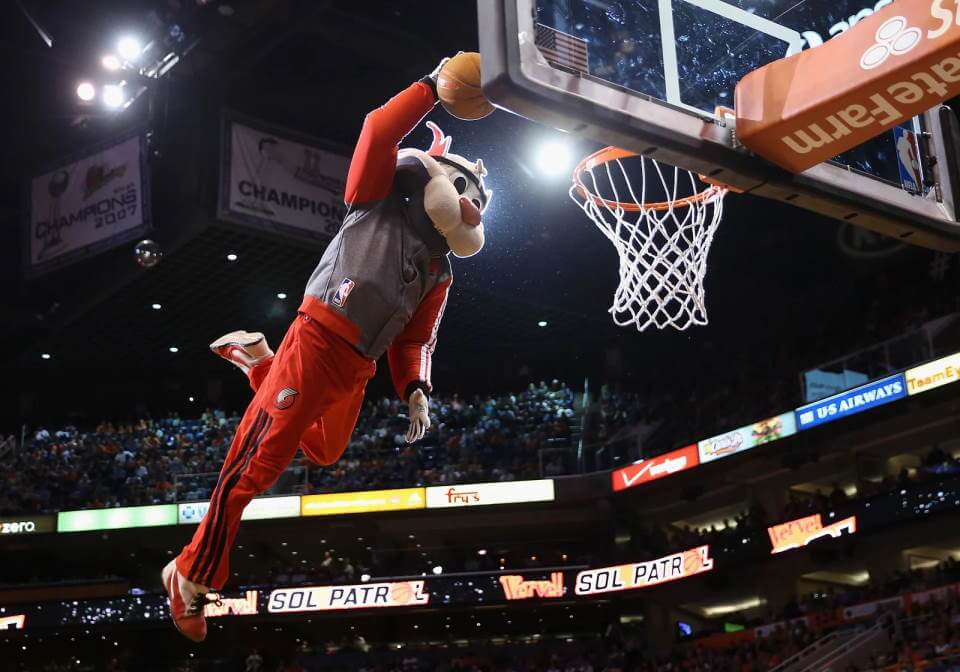 Even though he’s far from glamorous or even universally loved, he’s cute enough that we can give him some slack and simply enjoy the ride!