The Baltimore Orioles are home to a mascot of a quite unimaginative name, the Oriole Bird. The mascot is also featured on their logo; a black and orange smiling bird.

The mascot itself is black with orange chest and beak. It’s a pretty looking mascot that should appeal to kids. 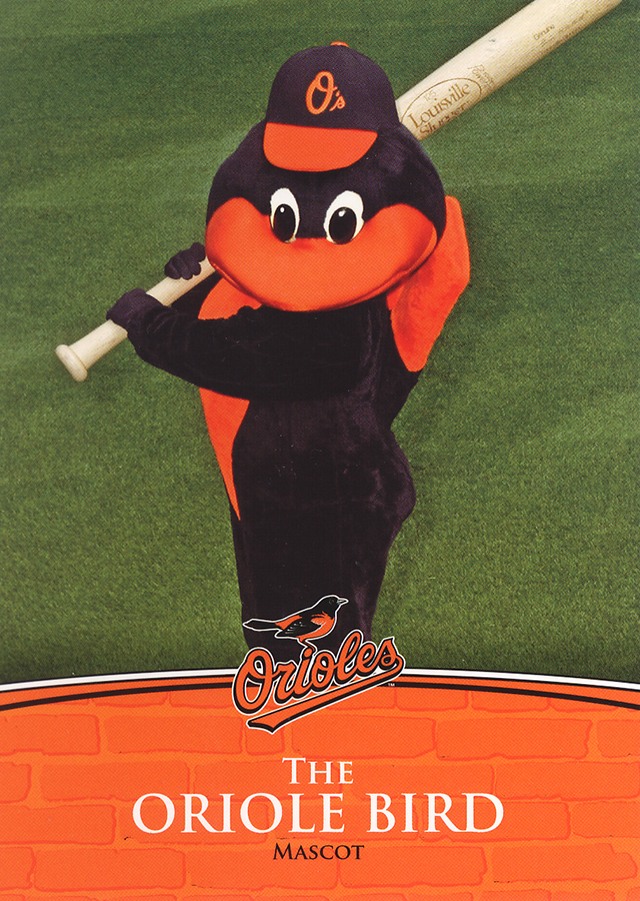 The Baltimore Orioles have changed their mascots logo a lot of times, but it has always been a bird. The physical mascot hatched on April 6, 1979 at Memorial Stadium. Since then, the Oriole Bird has served as the official mascot of the Orioles. He is the only active mascot in the National Baseball Hall of Fame.

The bird has plenty of interested hobbies. For example, he enjoys sliding on dugouts and greeting fans at the ballpark. Munching on bird seed and crab cakes are also things he enjoys immensely. He’s also supposed to be a star athlete; he reports that he can bat with both wings (we won’t believe until we see it, though).

Why an oriole? Well, there is a species of an oriole called the Baltimore oriole that is native to the area around Baltimore – the mascot also got its looks from it.

The mascot resides in The Bird Room, where a man behind the mask, Mr. Steve Butz, who is actually a neuropsychologist, dons the costume and goes out to entertain the crowd. He is aided by Lyle McCollum, who has extensive mascot experience with the Louisville Bats.

The day of the Oriole Bird is by no means simple. He wakes up at 4 am to practice, and he’s out making appearances until the late afternoon, when it’s time to prep for the game. It’s difficult and it can take a toll on the performers. In an average year, 500 performances are not unheard of. This is a position that requires immense dedication and love for the team.

The performers say that there have been certain difficult situations. Some fans can get aggressive and cause trouble; a mascot is supposed to take all that in stride. They report that drunk Yankees and Red Sox fans are the worst. But they also got their birdy bits grabbed by random girls so there’s that. It all evens out in the end. The mascots need to be in top shape in order to pull of what they do – dancing and moving all the time. 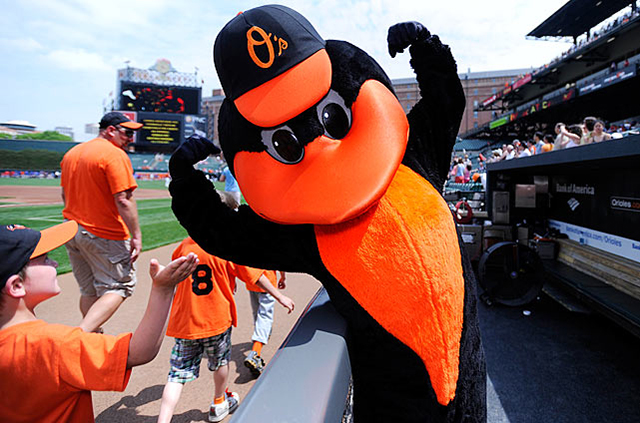 There’s plenty of rivalry between the mascots. Ace, Toronto’s mascots, is the prime archenemy as the teams are battling for the top of the American League East.

The bird can be booked for personal events or shows; the prices are shown on the Orioles’ website.

The Oriole Bird has entertained the wider Baltimore area for a couple of decades now, and he’s on track the right track even now. The bird’s doing what it can to help the Orioles win – and considering their recent success, it’s doing one hell of a job.