Even though the Winter Olympics are smaller in scope than its summer editions, what they lack in grandness they make up in charm. The organizers have always done their best, to great results. We’d even dare say that winter mascots are even better than most Summer Olympics mascots. Let’s take a look at the most interesting mascots from the Winter Olympics.

The official mascot of the Sarajevo Winter Olympics in 1984 was a wolf. In a true Yugoslav spirit, a Slovene was responsible for its design – more precisely, a Slovenian painter Jože Trobec. Over 7500 designs were proposed to the Committee, and a wolf was chosen via a semi-public vote via newspapers. A lamb, a snowflake, a squirrel and a weasel were also in serous contention.

A wolf is an important part of the culture of the Balkans (Southeast Europe) since it is their habitat. Along with that, wolves are an important motif in traditional tales, as a symbol of strength, bravery and winter.

The author’s goal was to get people to stop fearing animals and start being friendlier towards them. The International Olympic Committee concluded that he largely succeeded.

Vučko also got his own comic strip that was syndicated in newspapers all over Yugoslavia. A few cartoons were made as well. A legend in the area, pop singer Zdravko Čolić lent his voice to the character.

As a side note, those Winter Olympics are said to be among the best-organised games in the history of the competition. 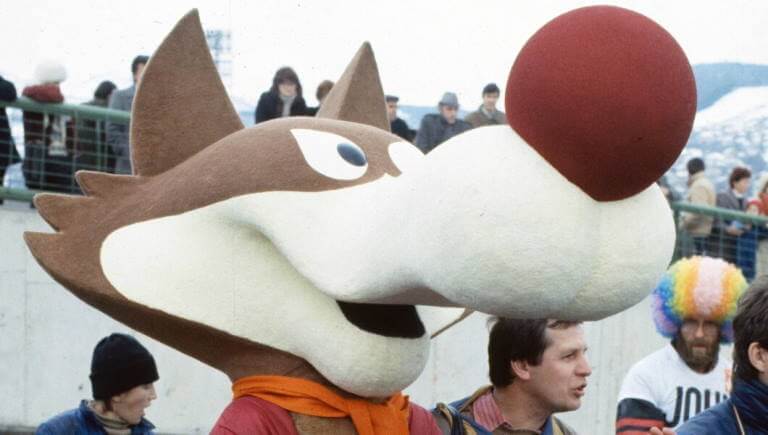 These joyful ice cubes certainly won’t leave you untouched. The symbolism is quite obvious and simple – one of the mascots has a snowball for a head, while the other one has an ice cube. Together, they represent what’s needed for the Winter Olympics need to have in order to take place.

Even the names themselves signify that. ‘Neve’ means snow in Italian, while Gliz is a shorthand for ‘ghiaccio’, an Italian word meaning ‘ice’.

Neve is a girl with lovely soft contours. She is associated with flexibility and elegance, while Gliz is a lad who is exactly the opposite – he’s a symbol of pure strength that sportspeople need to possess. Together they create a contrast, but at the same time they complement each other well. They display a ‘spirit of the Italian Olympic event’.

The mascots are a product of an international competition which saw 237 prospective candidates. Pedro Albuquerque’s creations won the competition. The mascots were also featured in more than fifty short cartoons showing the values of the Olympics along with historical facts from the history of the competition.

We should also mention Aster, a Paralympic mascot, designed by the same artist. He signifies bravery, passion and perseverance necessary for sportspersons who compete in such an event. 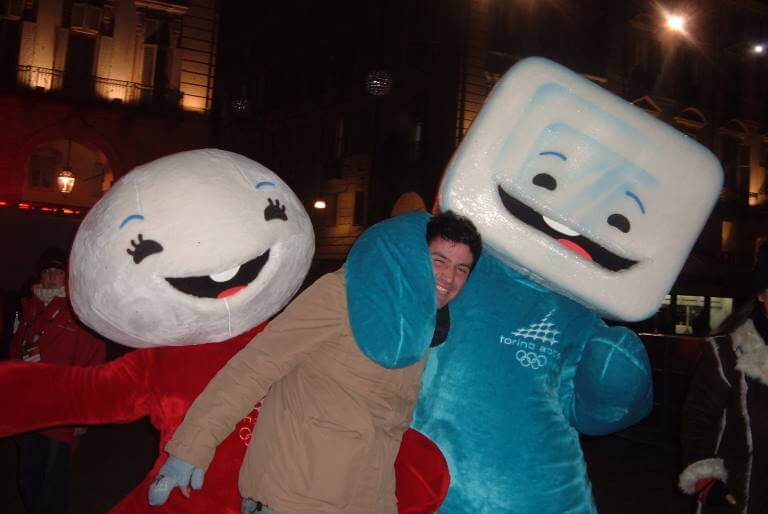 Russians take their mascots seriously. During the Presidential Elections of 2008, all Sochi voters were presented with another ballot along with the presidential one. It was a vote to determine the next mascot. Over 270 thousand people cast their vote for the next mascot.

A dolphin won the popular vote, but the National Olympic Committee stated their decision isn’t binding and that they, in fact, voted almost in vain. They wanted the whole of Russia to cast their vote, and not only the inhabitants of Sochi. Two years later the Committee held the official competition which saw over 24 thousand mascot designs. A year later the list was combed through and a dozen or so were shown to the public. The voting was public, via a telephone in the manner of the American Idol.

Interestingly, Ded Moroz, or “Grandfather Frost”, a Slavic equivalent of the Santa Claus, was also suggested as a mascot, but he was quickly withdrawn since all the mascots become the intellectual property of the IOC. That would not be suitable for the cultural and traditional icon, so the suggestion had to be axed.

The voting saw its share of controversies. The first three places went to the Leopard, the Polar Bear and the Hare. Critics were quick to point out that the Leopard was Putin’s favourite, and were suspicious of vote-fixing. Victor Chisikov, a designer of another Summer Olympic mascot in Moscow, Misha, claimed plagiarism as the Bear was too similar to his creation.

The three mascots appeared on 25 rouble coins, and they were quite popular as well. Why three mascots? It’s simple – the podium hosts three.

This was the first time the mascot vote was truly public, and for that the organisers should be commended. 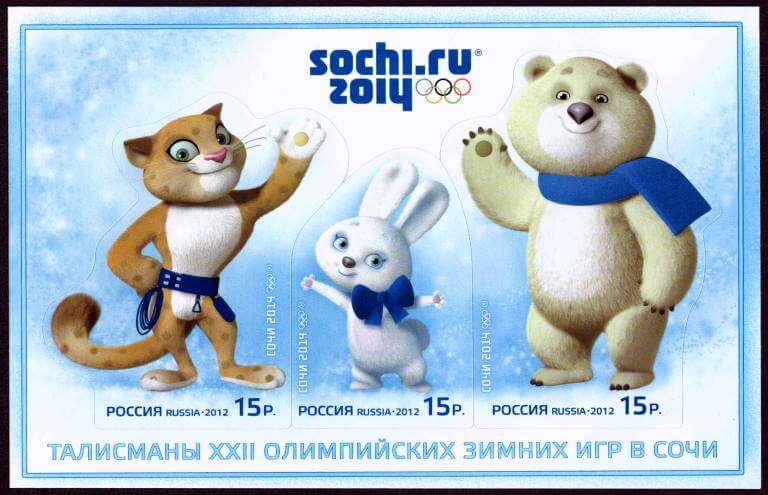 Håkon and Kristin are Viking children who served as mascots for the Lillehammer Winter Olympics in 1994. Their names are not a coincidence: Håkon got his name after king Håakon IV. Håkonson, who lived in the 13th century. Kristin was named after Princess Kristin, his aunt.

The mascots are interesting since they are the first human mascots around. Many fans were happy: finally mascots that resemble something real. Simplicity was a virtue in this case. The kids wear a traditional costume but, the organisers said, they are ‘the children of today, oriented towards the future’.

The mascots were designed by Karl and Werner Grossman, according to the idea proposed by Javier Ramizer Campuzano, a Mexican artist. 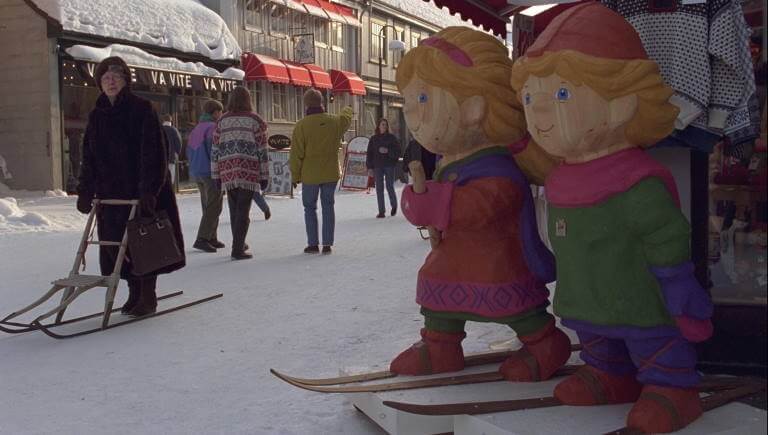 Hidy and Howdy are the official mascots of the Calgary Winter Olympics in 1988. They are a pair of close-knit twin bears. Their names signify the warm nature of Canadians, with their typical greetings.

The names were chosen by a group of citizens as part of a competition organised by the local zoo. The names were devised by the local high-school student Kim Johnston. It is said that the bears have a cowboyish look thanks to a country festival that took place in Calgary just prior to the mascot selection process.

The bears would always wear hats. You could find Howdy wearing his trademark blue shirt (without trousers), while cute Hidy wore a tantalisingly short skirt.

Sheila Scott, a local artist, drew up the mascots, explaining that kids in particular take to bears and that two mascots make for better interactivity with the audience. Both of her explanations ring true today. Since then, many Olympics copied the idea and used two mascots precisely for this reason.

More than 140 high school students assumed the roles of the mascots, with over 50 thousand appearances in total.

Hidy and Howdy did not disappear right after the Games. They lasted for quite a while on the official city welcome signs. They have been removed in 2007 in an attempt to modernise the look of the city. The mayor faced stark criticism for his actions, with a few threats thrown in by disgruntled citizens. Apparently, remembrance of things past can to that to people. 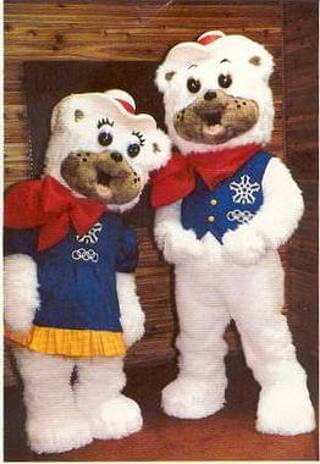 As it usually goes, some of the mascots were left out – but that’s the nature of such lists. We hope you liked our overview and, perhaps, learned something new. In any case, mascots are a great addition to Olympics, influencing the look, feel and prestige of the whole competition. Who knows, you might have found yourself a new hobby – the world of sports mascots is extremely interesting!