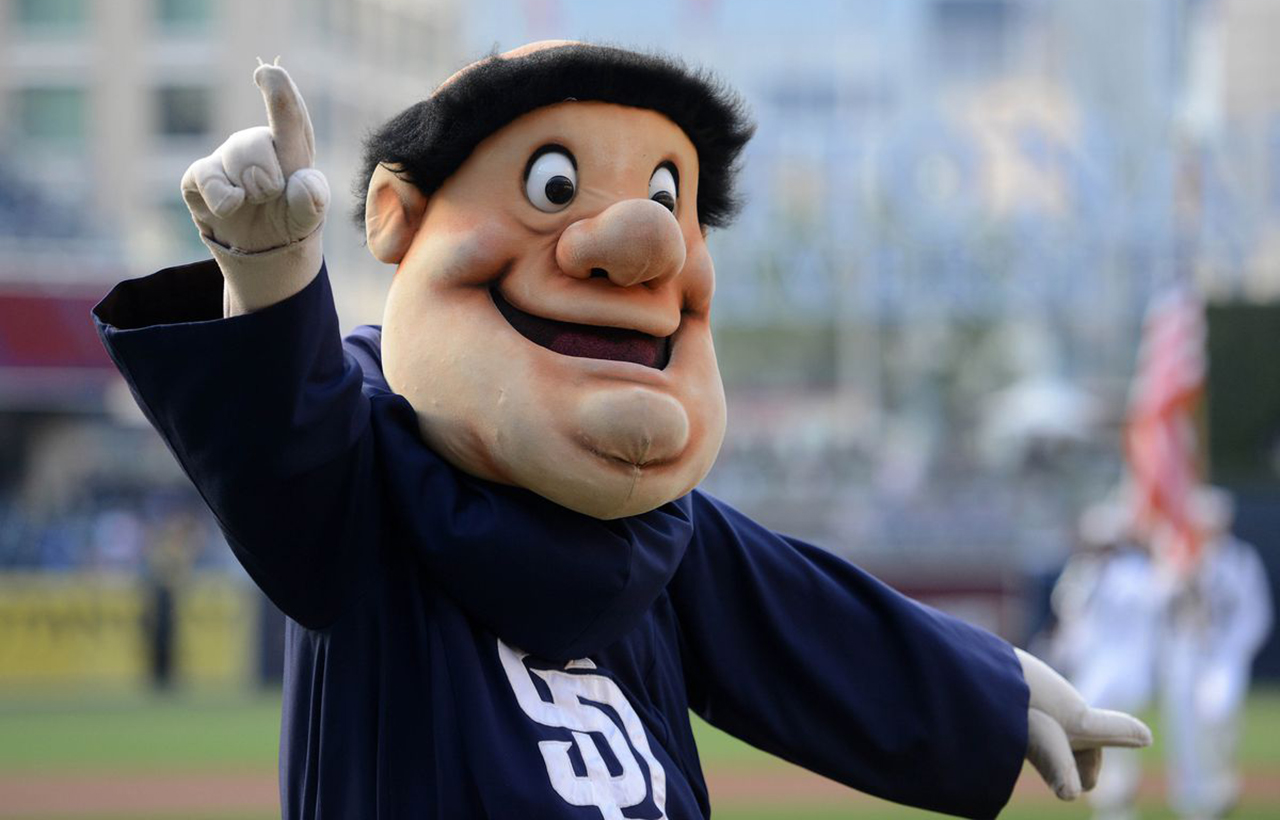 In our humble opinion, the San Diego Padres are home to one of the most interesting and unique mascots around – the Swinging Friar. Most think that the San Diego Chicken is the actual mascot of the Padres, but no, they’re wrong. He does appear form time to time, but he is by no means an official mascot.

Yes, you heard us right. They have a friar as their mascot! But there’s a logical reason for that. After all, it was the Spanish Franciscan friars who helped establish the city in 1769, so the mascot is sort of a homage towards their contribution to the city. 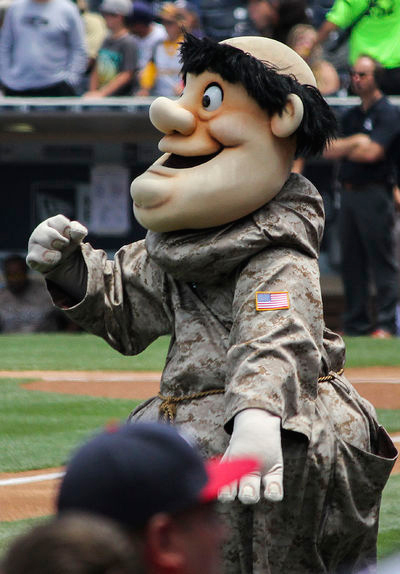 The Swinging Friar is a brainchild of Carlos Hadaway, a 19-year old San Diego High graduate. His sketches were eventually presented to the Padres manager, Eddie Leishman. He received some moneys for his creation, but he said he didn’t create the mascot for financial reasons, stating that the mascot belongs “to the fans of San Diego”.

The mascot has been around since the 1950s, even before the Padres started competing in the MLB. He was also on the team emblem until 1984, when he was replaced. However, he returned a decade later on sleeve patches of the team’s alternate jerseys.

Just like a stereotypical friar, he’s portly, and stereotypically dressed. As he’s balding, he rocks his tonsures like they’ve never been out of style. The only thing, though, is that’s he always wears his beaming smile. We weren’t able to determine whether that’s a characteristic of real friars today. Oh, and we almost forgot his trademark slippers! At first, the Swinging Friar was depicted as a real man in friar’s clothes, but he was soon replaced with a full-body costume.

On home game Sundays, he is known to wear special military camo uniforms as a nod towards the military history of San Diego.

Take a look at his antics over here:


He can bat with both hands – rumor has it that the hand he bats with depends on the current year – and, yes, he bats in his sandals. He’s always there to wave the team flag and ring the game bell. Yeah, the Padres have a whole bell in their stadium; it’s called the Mission Bell. The wins are celebrated with three rings of the bell.

Check out the Friar ringing the Bell here:


The Padres feature a comprehensive outreach program on their website, in order to better connect with their fans. The Swinging Friar can appear at various events, most commonly charity and civic events.

Unfortunately, there have been rumors that the current CEO, Mike Dee, would like to see the Friar grandfathered and replaced by someone else. We’re sure that the fans would object, though.

With his interesting looks and an unbelievable premise (a friar as a mascot – really?) we were won over by the lovely Swinging Friar. We can only hope he won’t get replaced any time soon.