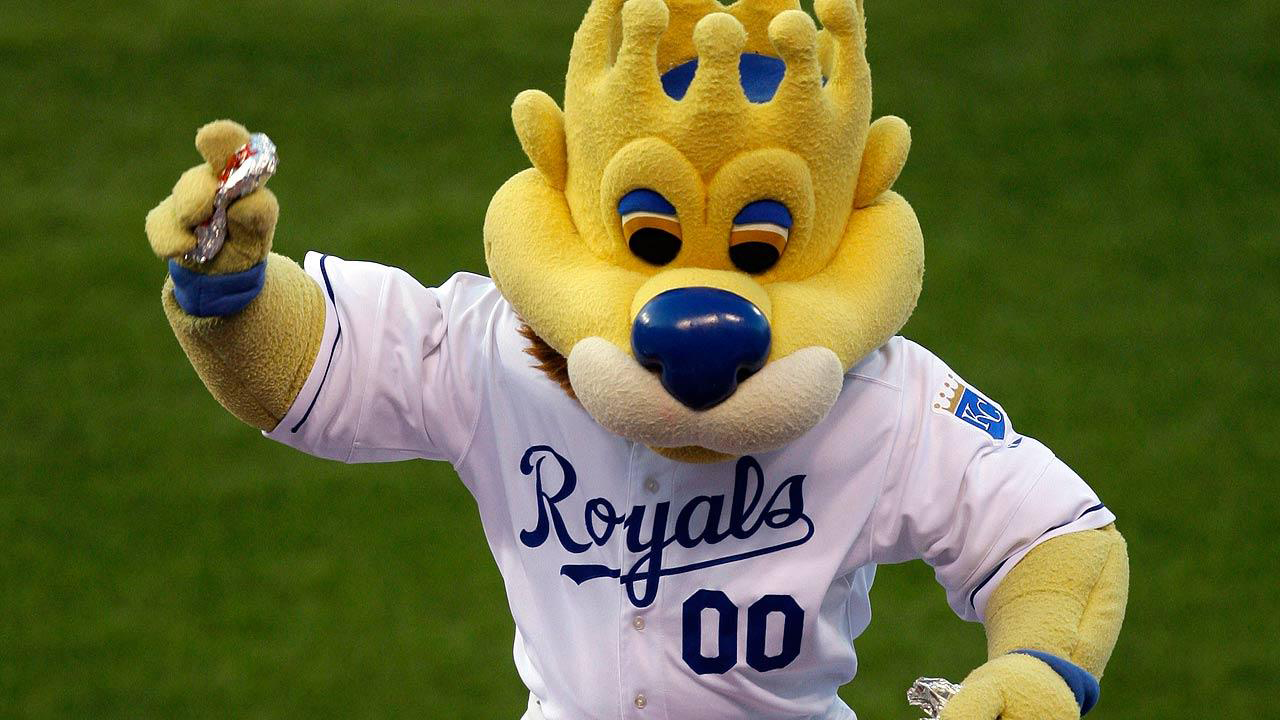 A royal mascot for a royal club – it makes a lot of sense. But let’s clear something up right now – the name doesn’t mean there’s (or were) kings and queens living in Kansas. No, sire, the truth is way more stereotypical.

The name of the club stems from the American Royal, a rodeo and livestock festival-slash-show with a century-old tradition, but the name also fits with other clubs from Kansas competing in other sports (Chiefs, Kings etc.).

Let’s get back to the mascot. His name is Sluggerrr. It’s a handful to spell, but easy to pronounce and understand, as the world ‘slugger’ refers to a strong batter with a high rate of extra base hits – the slugging percentage. 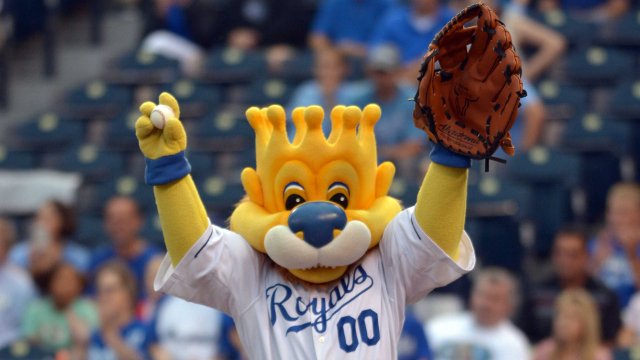 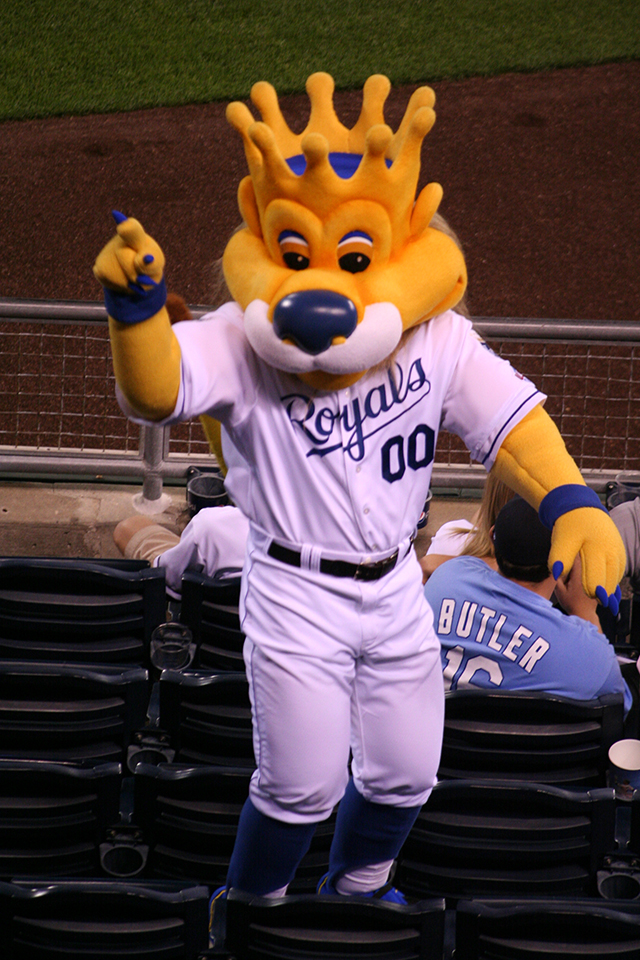 Sluggerrr debuted on April 5th, 1996 at Kauffman Stadium – the Royals’ home stadium – and has served as the official mascot ever since. He is a cute, lovable lion with a mane that looks like a crown, for obvious reasons. We feel it’s one of the best-looking mascots in MLB, definitely the coolest. He’s very active on social media and you can find him frequently posting on Facebook and tweeting on Twitter.

He regularly makes several hundreds of appearances at all kinds of events all over the country. He doesn’t appear for free or donate his appearances to charities at this time, unlike most other mascots…

…but he’s not cold-hearted. He’s known to have visited his most dedicated fans, such as in this case, where he visited Patricia Henson, a 60-year old fan who underwent heart surgery and threw her a surprise party. Way to go!

He is rather high at 6’9”. His favorite food are his opponents (he’s a lion after all), and what he enjoys the most is throwing T-shirts and hot dogs. His antics are often hilarious – see him in action here:


An interesting incident occurred involving Sluggerrr and a distraught fan named John Coomer. Slugerrr was shooting hot dogs out of his air cannon and one of them hit him in the face and detached his retina. He sued and eventually lost. The prankster in the costume, Bryon Shores, got fired and replaced by someone else. The whole deal was an accident, of course – an unfortunate one, though.

Even though he looks pretty, lovely and lovable (and he is), he can be considered a bad boy among mascots. He’s a lion, after all, but some of his actions border on bad taste – however, they’re always hilarious and interesting – unless you’re on the receiving end. But he’s doing a great job at his home games and abides by the old adage – “When the going gets tough, the tough get going”.