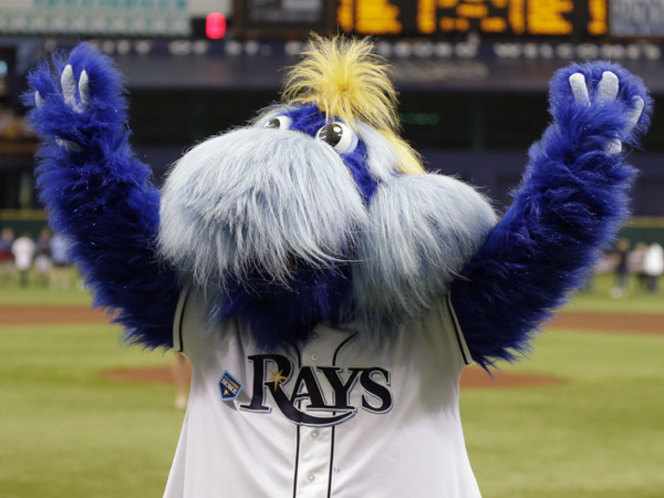 Being a new team, the Tampa Bay Rays have had some issues developing a healthy fan culture, especially considering the not-so-stellar results in the first few seasons. However, viewership and attendance have steadily been increasing and the Rays are a fully-fledged, mature team nowadays. Mascots have certainly helped ensure this. 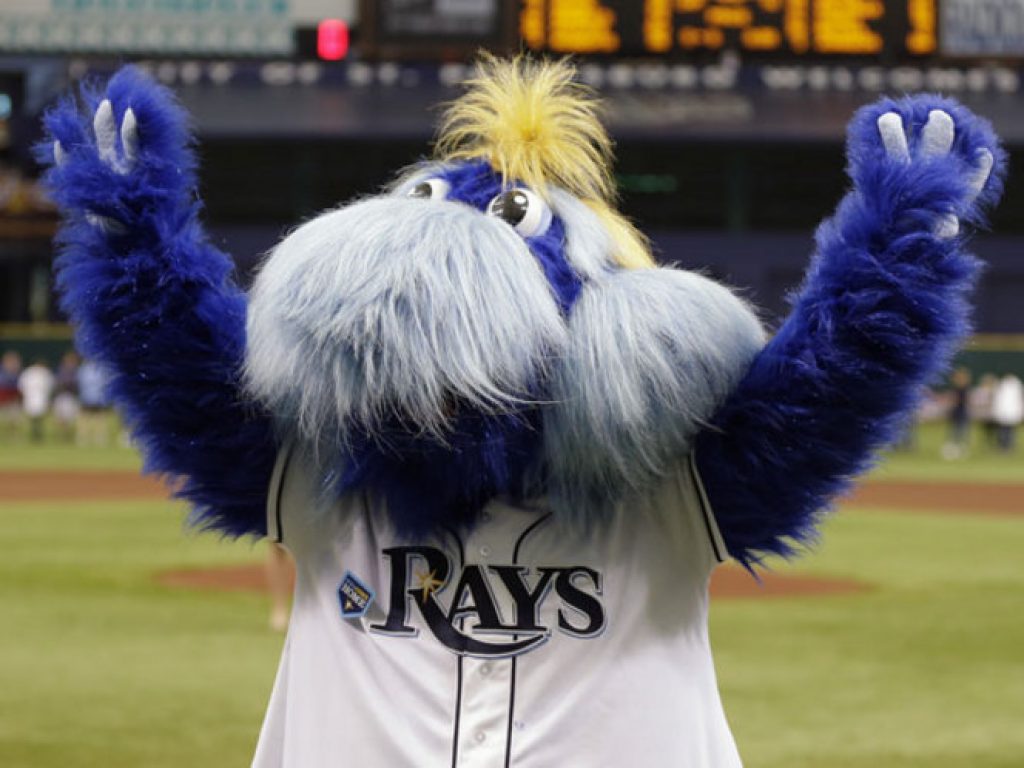 Raymond is the name of the Rays’ mascot. He is a weird but cute shaggy blue creature. Biologists have identified him as a “Canus Manta Whatthefluffalus”, or colloquially, a seadog. He always wears a pair of sneakers and, like a true outlaw, wears his baseball cap backwards. Of course, the team jersey rounds out his look. Ray appears to be a true omnivore, since he will eat basically anything.

Spectators, take care! Your hot-dogs are also on the menu!

The official bio states Raymond was born somewhere in the Gulf of Mexico. He was ‘caught’ by the scouts when he climbed onto their boat and was promptly invited to become a mascot and entertain children. His first debut was on June 21, 1998 in a game against the Red Sox.

His favorite color is blue. In fact, some have commented that he’s so blue it hurts. Critics would also point out that he looks a bit ‘dated’ and – god forbid – boring. Well, they can think whatever they want. But tell that to the fans!

Until 2008, the person inside Raymond was a woman, Kelly Frank, a performer, without apparent (official) reason. She was well-liked by the fans who enjoyed her dancing. 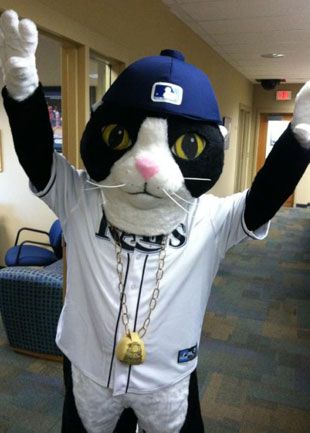 But he Rays have another mascot up their sleeve. Yup, it’s the famous DJ Kitty! He’ll still be a secondary mascot, but fans can now be certain there’ll be much more of this bad boy to see. Bear in mind though, the only thing he catches is… the beat.

The Kitty debuted in 2010 as a viral Internet sensation. A keyboard cat played on the giant screen in the Tropicana Field did not impress the audience, but a feline creature scratching some records… now we’re talking!

The Kitty saw a huge number of views on Youtube, and there must be something magical about it. The crowd going so wild at its appearance simply cannot be explained by earthly phenomena.

Both the players and the management are baffled by the huge success of the Kitty. It’s a mystery, they say.

Obviously, with such strong allies on their side, the young Tampa Bay Rays look poised to finally achieve the success they’ve always been striving for. We don’t doubt it will come with the help of the magical DJ Kitty.