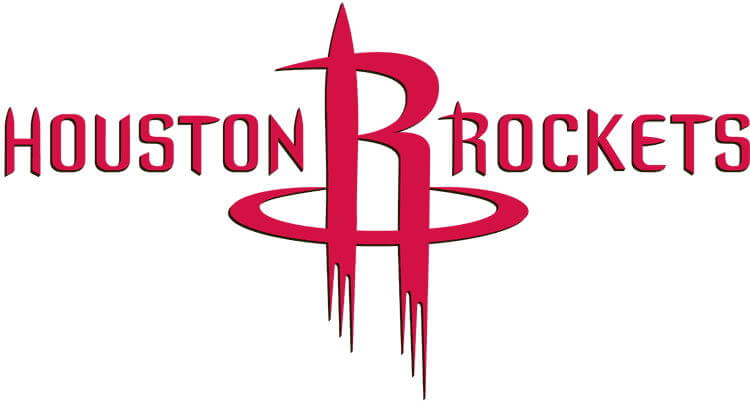 Houston Rockets has had a rather tumultuous history, having three mascots over a rather short period.

It all began in the 80’s, with the first mascot called Booster.
His most iconic moment, however, occurred in 1990, in a game against the Atlanta Hawks. Hawks forward Jon Koncak was supposed to take a free throw when Booster unrolled a poster of a scantily clad woman, much to Koncak’s surprise. As with all men, the sight of a beautiful woman causes a slight deterioration in the rest of the higher functions. Koncak missed the shot, but the referee ordered the shot to be retaken.

A short-lived mascot introduced as a replacement for Booster was called Turbo.
He remained for only three years, just to be replaced by the ever-popular Clutch the Bear. He will be remembered as a figure in a weird, vividly colored costume known for his flips.

Interestingly, the Turbo’s identity is well known. The main inside both Booster and Turbo was Jerry Burrell, a rather eccentric and good looking African American. He’s known for his marvelous flipping stunts he performed as Booster, and his passion is still as strong as before.

Turbo had a superhero look, and has performed in many schools and events all over the USA, with appearances in other countries as well. His signature dunking move, the Cartwheel Slam, has to be seen to be believed –  Magic! This is just one of his repertoire of moves, which includes front flip dunks as well.

Enter Clutch, the cute bear we’ve all come to adore. But why ‘Clutch’ and not something else? Well, that’s an interesting anecdote.

Clutch the Bear got his name as a sarcastic response to a title in the local newspaper that called Houston ‘Choke City’ after the Rockets squandered a huge lead. Well, lo and behold, the Rockets won the championship and clutched the trophy, hence the name. The mascot was introduced in the following season. He’s one of the most recognizable sports mascots of all time.
His official name is unwieldy and reads “Houston’s #1 Fan CLUTCH “The Rockets Bear”. 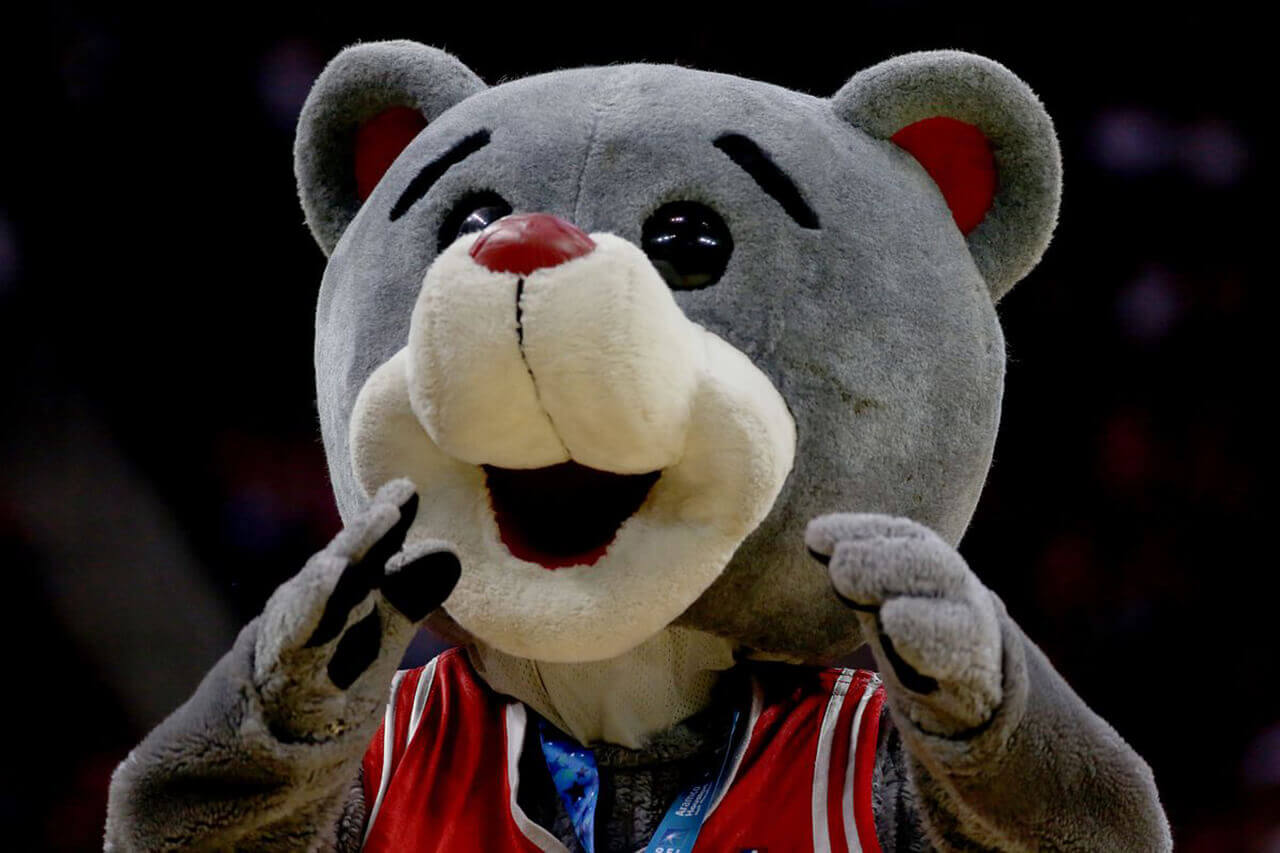 His cuteness as a mascot is attested by his two Mascot of the Year trophies, one in 2005, and the other in 2013. He’s also hardworking. He makes over 250 appearances a year, along with 20 international visits. There’s also a very fruitful program that allows schools to promote various beneficial goals with the help of Clutch, the quintessential authority in all things education. In fact, half of his appearances include elementary schools. He’s really keen on making kids smile!

Clutch is also known to have hugged more Houstonians than anyone else. This is unproven, but come on, it has to be true. He’s also worked with many celebrities from all walks of life – sportsmen, actors, politicians… A testament to his importance in the Houston area is his own statue in the Memorial Hermann Sky Court at the Toyota Center!

Clutch is a big innovator, and his innovations like mascot bowling and mascot stilt boxing have caught on amongst the NBA mascots.

The official stats show that his hugging average per game is 193.76, with 312.8 autographs signed per game and 19.5 cans of silly string (!) used, also per game. He has a particular fondness for honey and other people’s popcorn.

Among many of his achievements is his 5K run in 2008. With his 22BB shoes, that must have been an adventure. It took him 44 minutes to run 3.2 miles, which is honestly not that impressive… for a human. In April 2004, he refused to step down from a balcony in the Toyota center until the Rockets secured the playoff spot.

Houston Rockets’ mascot “Clutch the Bear” is adding to the team’s 2021 trophy case as he was named NBA Mascot of the Year! 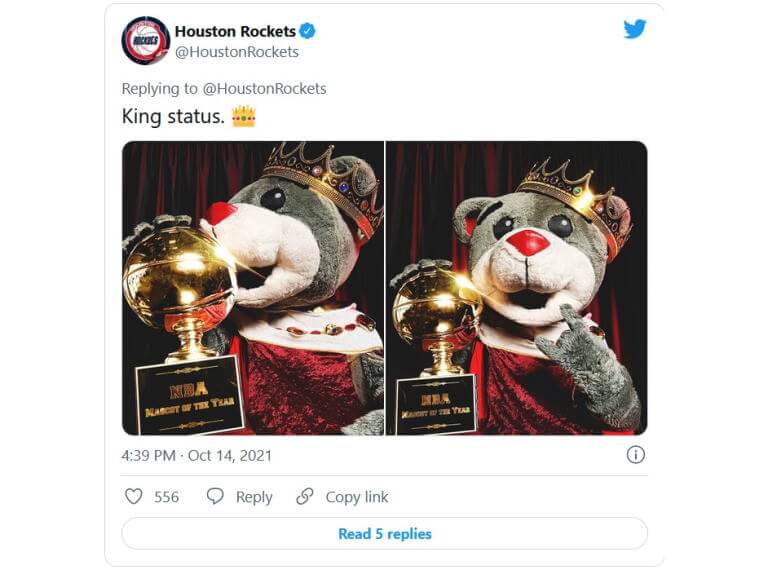 Rober Boudwin has been the man inside the Clutch for 21 years, when he finally decided to step down in order to spend more time with his family. He’s done a lot: with over 1000 games and 6000 appearances under his belt, maybe it really was time to rest a bit. It is estimated that he had a salary well above $100k. That’s enough for a good winter’s sleep, if you ask us.

The new person in the Clutch mask is the former mascot of the Montana Grizzlies. His identity is unknown, but he should do well. We certainly wouldn’t rate his job prospects as… bearish.

Houston Rockets have a rich history when it comes to mascots, and they’ve played a pivotal role in many of its achievements.

May Clutch help them clutch the title yet again!