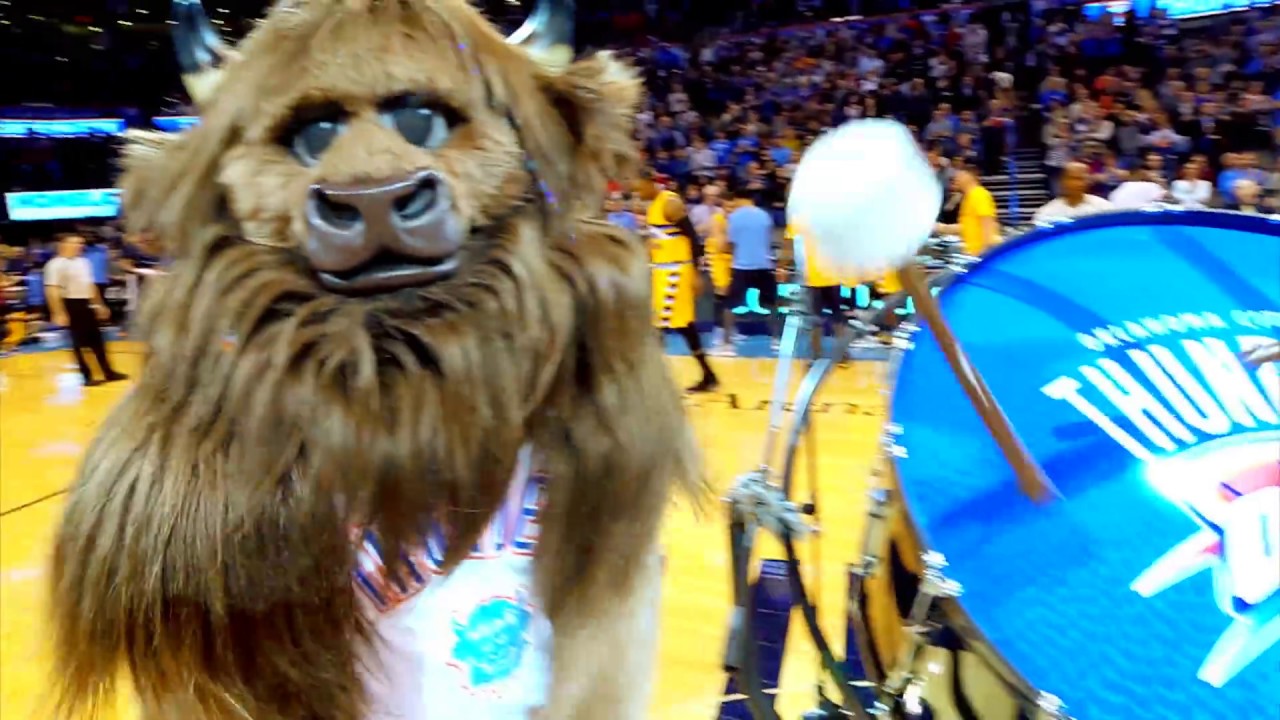 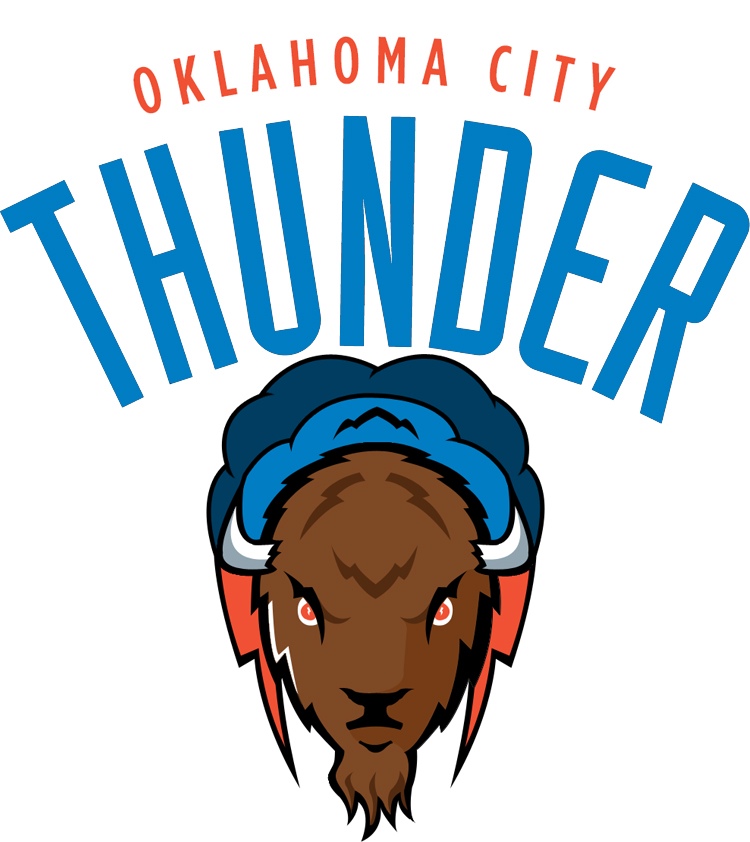 Oklahoma City is home to one of the cutest mascots around. An anthropomorphic bison that goes under the name of Rumble the Bison, and has been with the Oklahoma City Thunder for a few years already.

Unlike some of the other mascots, Rumble the Bison doesn’t have a long history, but that is expected since the team is new as well. He debuted on Feb 17, 2009 during the game with the New Orleans Hornets.

The Tale of Rumble

Rumble’s backstory is very rich and well-developed, with lots of symbolism and a nod to the Native Americans, who live in this area. His appearance and story are in line with the renaissance of the team, who newly arrived to Oklahoma City.

The legendary tale of a special bison has been a mainstay of the Native American campfires for centuries. Legend has it that a herd of American bison got lost during a severe Oklahoman tornado. There was a stampede, as the bison tried to escape the danger and run to the plains. But there was one bison, a leader, who would not run until all his friend got out safely.

When his friends escaped, he started to descent from the mountain as well. But a load of boulders blocked his way and he had nowhere to go. When he searched for a mountain path down, he was struck by lightning.

He didn’t die, oh no. The bolt, with power bestowed upon it by the thunder gods, made him different. Better, perhaps. He could now walk on two legs. He was powerful. He was strong. He was athletic. And he got the brains, too.

Half-bison, half-man, he had been a loner for a long time. The legend about Rumble got out, but nobody had managed to see him. However, when the new basketball team, full of strong, athletic and powerful players came to Oklahoma City, he saw that they are indeed worthy. And he decided that he would fit in well with the team. The rest is history.

Unfortunately, the identity of the man in the Rumble costume is unknown. He’s as legendary as Rumble, it seems. Consequently, his salary is also unknown, but we can make an educated guess tat it’s about $80-100k.

Even though he’s fairly young, he’s already snagged some trophies. For example, in 2009 he won the NBA Mascot of the Year award. This is thanks to his extensive effort in promoting the club and various activities his team organized.

Rumble the Bison likes nothing more than to interact with the spectators. He’s known to often give away various trinkets and memorabilia, as well as hugs and high-fives. However, he’s a pro dunker and athlete as well. Need proof? Look no further:

Here’s a proof of his mad dancing skills:

Don’t forget the amazing Thunder Girls too, whose skills and beauty can hardly be matched. All we can say is: Wow! Keep up the amazing work!