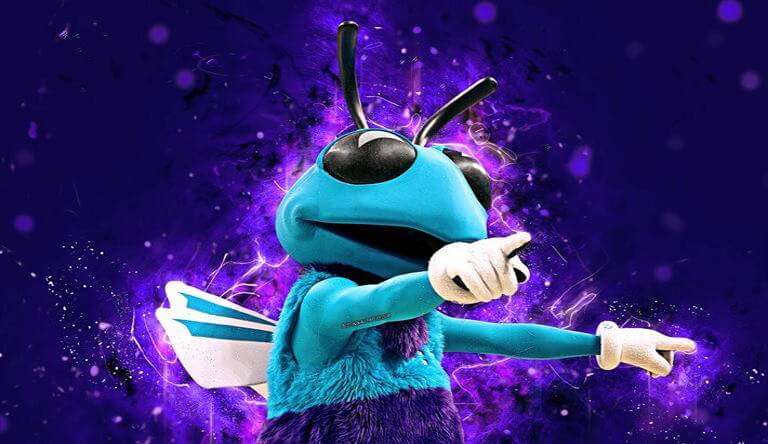 In one city or another, Hugo has been with us since 1988, toiling away in Charlotte and New Orleans.

After the return of the franchise to Charlotte, the Bobcats became Hornets in 2014, and with the name change came the new old mascot. He had been sacked the previous year for Pierre the Pelican after the New Orleans Hornets changed their name to Pelicans, which allowed the franchise to return to its native city after 12 years.

Hugo was designed almost 20 years ago by Cheryl Henson. If that name doesn’t ring a bell, don’t worry. She’s the daughter of Jim Hanson, the creator of Muppet Show. We know mascots aren’t muppets, but she’s got some serious cred with us.

The friendly blue hornet didn’t seem to mind the relocatin, and the youngest fans were in agreement, happy to see him. Some older fans of the fairer sex were also… eager to see Hugo. He replaced Rufus D. Lynx, an orange bobcat looking a lot like a bro from a beer commercial.

Hugo got his name from more than 6 thousand fan suggestions. Unfortunately, a hurricane of the same name swept the southern US a year later, in September 1989. The team decided not to ‘sanitize’ the mascot and change his name to some other generic moniker, which is a move we appreciate.

A freak accident occurred during a match against the San Antonio Spurs. He did his usual routine – you know, dunking a ball by jumping on a trampoline through a ring of fire, but the crew couldn’t extinguish the fire. The result? A 20-minute delay. https://www.youtube.com/watch?v=hiSa2vBJ_9g

The NBA Inside Stuff Magazine has awarded him with the NBA Best Mascot Award two times and with a Stuffy Award for the Best Mascot in 1994. He has also been extensively featured in the media, appearing in NBA Showtime and NBA Jam video games.

According to his official bio, he detests flyswatters and enjoys acrobatic sports like jumping, flying and skydiving. He often visits local schools and hospitals, and can be booked for various events in the Charlotte area as well. 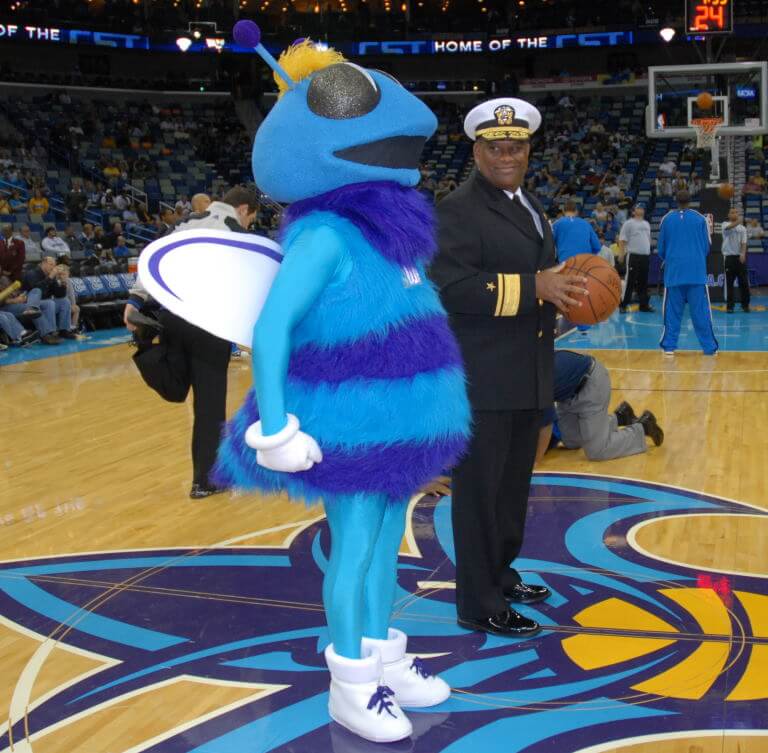 Hugo Zerrillo, a gymnast, wore the Hugo costume from 1990 to 2007. He made up Hugo’s dunk-proficient alter ego, ‘Super Hugo’, which allowed him to ditch the wide costume and appear only in spandex blue tights (which looks pretty hilarious if you ask us). Unfortunately, an accident in a game against the Chicago Bulls spelled an end to his mascot career.

Apparently wearing Hugo’s mask is not an easy task. Aside from acrobatic maneuvers, the actor had to imitate the hip wiggle of a hornet. If you look more closely at his videos, you’ll see he’d been very successful in his job.

If you need any further explanations why Hugo is among the best, here you go:


Being one of the oldest mascots around, Hugo is still surprisingly fresh and agile. He’ll certainly keep up the buzz in Charlotte for a long time to come.