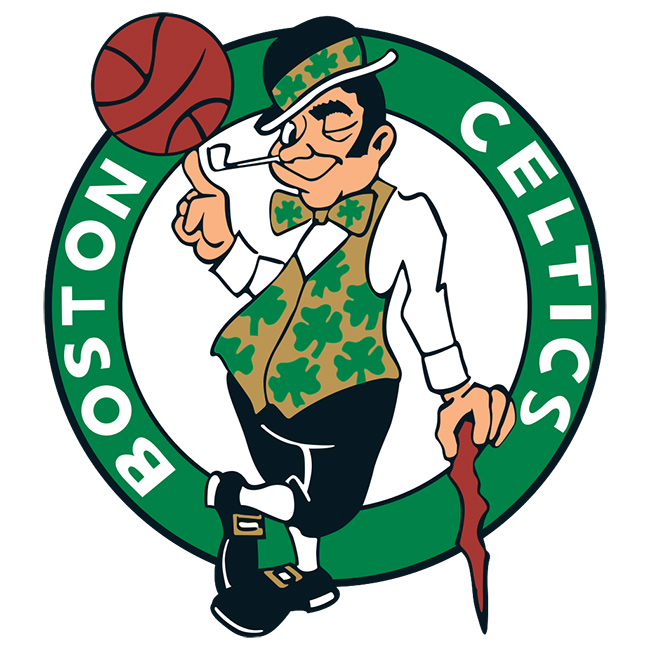 The Boston Celtics have had the same symbol for quite a while and it’s – of course – a leprechaun named Lucky. He appears on the logo of the team and the mascot looks pretty much the same. The logo was designed by Zang Auerbach in the 1940s, although it was changed a bit in the late 1960s.

Lucky is best recognized for his bowler hat and a shamrock-emblazoned bow tie. Now, might be wondering why should an American NBA have an Irish characteristic symbol as its mascot. Well, the population of Irish immigrants in Boston has always been high, and this is a nod to them.

Lucky was introduced in 2003 by the Celtics management, and the person behind the mask was Damon Lee Blust, who left in 2009. Since 2010, Kristofer “Kit” Ackermann has been performing as Lucky.

The mascot appears to be a bringer of good luck, as the Boston Celtics are the most successful NBA team to date. Impressive! He is so popular that some of the biggest Celtics starts have got a tattoo of him, hoping that it would bring good luck.

He’s an avid fan of Lucky Charms (duh) and his favorite number is not 7 nor 13.. it’s 18, and stands for the number of championships that the Celtics are going to win, according to Lucky at least. His favorite holiday? St Patrick’s Day, of course. Was there any doubt?

When not in the field, he’s doing his best touring the local schools and working on health and fitness programs for today’s youth, and he’s also appeared in many charitable events.

He’s perfected the art of a trampoline dunk, especially if a celebrity is standing under the hoop, for extra suspense. He also performed stunts such as shooting himself from a slingshot. See him in action here: https://www.youtube.com/watch?v=ikDLQUxLX-0

This, of course, resulted in many injuries for Lucky, which required several surgeries. Ouch.

So far, it appears that Lucky has been nothing but a boon for the Celtics. Such is their devotion to him that they literally took the parquet floor with them from the old Hartford Civic Center just because Lucky was emblazoned onto the floor. And it appears that their effort paid off in dividends. Best of luck!