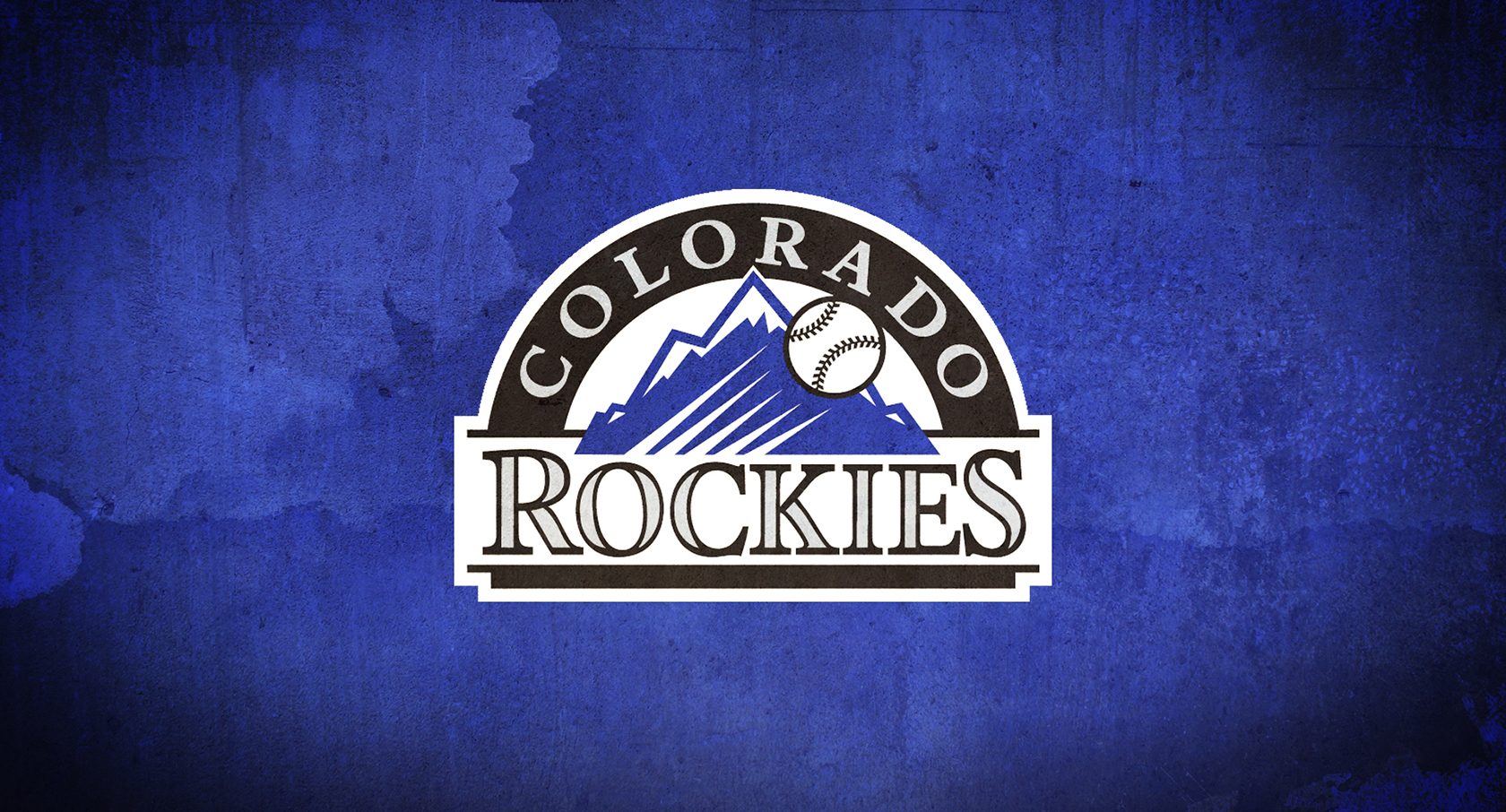 The Colorado Rockies hail from Denver, the mile-high city. The team was created in 1993 after a long-lasting campaign to get Denver a real MLB team, after successes in Minor League Baseball. 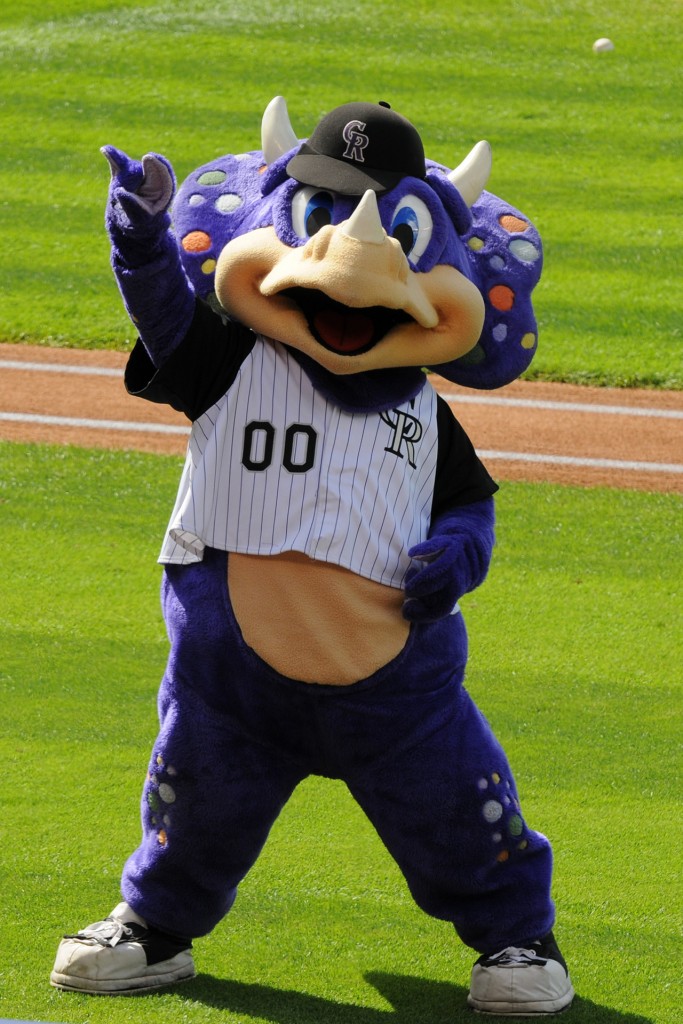 After a year since the team came to the Rocky Mountains, they introduced a mascot – Dinger. Dinger was introduced on April 16, 1994 at Mile High Stadium, where he hatched from an egg supposedly discovered in the Coors Field. On that day, the egg was escorted onto the field by the National Guard (!) with the song ‘Wild Thing’ by the The Troggs cranked up through the stadium.

Hatched you say? Yes, as he is a human-like triceratops. And why would a baseball club have a dinosaur as its mascot? Glad you asked. See, the area around Denver is known for the discovery of several dinosaur fossils. In fact, a huge 1000 pound, 7 foot long fossil had been discovered during the construction of the Coors Field.

The fossil was an enormous triceratops head after which the mascot was modeled. (The team moved to the Coors Field from the Mile High Stadium in 1995).

And what about the name – Dinger? Dinger is a slang for a home run (although barely), hence the name. His purple color is obviously a homage to the team’s jerseys. The official biography squarely pegs him as the greatest fan of the Colorado Rockies – a very improbable title, taking into account how passionate real fans can be.

During the game, he is roaming the field. In the late innings, he dances right behind the home plate in order to distract the opposition’s pitchers.

Check out his promo video here:

When he’s not running around the field or distracting the opposing players, he’s doing good in the community by promoting the importance of physical fitness and reading. He often visits hospitals and schools around the Denver area, along with several Rockies events such as the 5K Home Run.

The mascot has ‘enjoyed’ a mixed reception. While kids adore him, adult fans claim he’s neither here nor there – not scary enough since he is cartoonish, but not cute enough either. Many prefer the old bear that was a mascot of their minor league team. He has even been dubbed as one of the baseball’s most hated mascots by Men’s Journal! Even the way he walks has been ridiculed, comparing his swaying to that of a year-old toddler’s.

He can be invited to various events if you’ve got the dough – $300 per hour, half that for non-profits. His salary is not known at this time, but is likely about average for mascots.

Despite the criticism, the management does not seem to be keen on replacing the mascot. And why would they be? It’s really iconic, especially considering its background. Sure, perhaps there are cuter mascots, but Dinger is likeable enough. Maybe the disgruntled fans should learn to live with it instead.