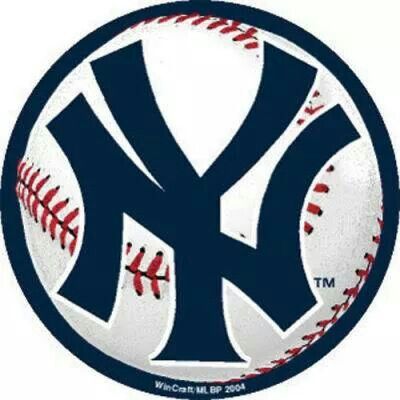 New York Yankees are one of the most successful and baseball teams of all time. One would expect them to have a meticulously designed and well-loved mascot. However, this is not the case at all. Today, the Yankees are among the very few teams without their own mascot. The club also consists of the Los Angeles Dodgers and the Los Angeles Angels of Anaheim. Let’s explore the history of the NY Yankees mascots and why things are the way they are.

Unbeknownst to most, the NY used to have a mascot named Dandy. This was for a very short period between 1979 and 1981, but even that is disputed, with some sources stating he actually lived from 1982 to 1985 (he didn’t though). Some sources even denied the mascot had ever existed!

The Yankees management had previously universally derided the proliferation of mascots, and at times even defended the attacks of their own players on the mascots (Lou Pinella who attacked the San Diego Chicken).

However, the success of other mascots and the allure of bringing in new spectators and possibly earn them extra money eventually persuaded them to get their own mascot. To that effect, they leased a mascot named Dandy. His name was a play on the classic American song named Yankee Doodle Dandy.

Dandy was an anthropomorphic mustached bird. He had white feathers and a beard fitting that of a ginger, topped off with a classic blue cap. He was created by an agency called Harrison/Erickson – who also created the hugely popular Phillie Phanatic. While his looks perhaps aren’t the best in the mascot world, Dandy looked rather presentable.

Click here for this story in a video form:

As we have noted, The Yankees’ ownership disliked mascots, and the then-owner, George Steinbrenner, refused to allow for a big introductory ceremony, which had already been planned, to take place. He even had a team song written by Eddie Layton, but it had never been played. The mascot also wasn’t allowed on the whole field. He was confined to a small area of the stadium and was always accompanied by bodyguards.

It’s no wonder it failed so quickly then. This is the reason which the designing company cites was a cause for the failure. To add insult to injury, the team captain, Thurman Munson, after whom the spectacular mustache had been modelled, died in a plane crash. As a response, Dandy was put on leave for a while.

The mascot lasted for only three years because the designer team only gave the Yankees the right to use the mascot for that time period, for a sum of $30,000. After the period ended, the tea, approached them to renew the lease, but they refused. And for good reason, since the team didn’t make good use of the mascot at all. It wasn’t designed badly or anything like that; his failure is mostly due to horrible decisions made by the management. Approaching the mascot as an afterthought is worse than not having one at all. The management admitted this themselves, with Yogi Berra claiming that “[they] made too many wrong mistakes”.

2007 brought another short-lived unofficial mascot – the squirrel named Left Field Ratatosk since he was first spotted on the right field foul pole.

But to finish this article on a happy note, we simply have to mention Freddy Schuman, a legendary Yankees fan and an unofficial mascot. A native of The Bronx, he was an avid fan and he would appear near the entrance to the stadium, carrying a shamrock-painted frying pan and motivational signs with himself. Many believed the pan brought good luck to the team. In fact, in 2001, the New York City Mayor Rudy Giuliani ushered Freddy to Phoenix to help his team beat the Arizona Diamondbacks (regretfully, unsuccessfully). He appeared in various commercials (Nike, MasterCard) and has become a team legend. He died at the age of 85, and a minute of silence was held at the next game. Huh, looks like even this is a solemn story.

The story of Dandy is a sad one, which explains why the Yankees have been reluctant to introduce something new. But still, we think they should. People, and especially kids, enjoy seeing them and don’t care much about the political whims of the upper team management. We’ll finish with the old cliché used by so many political commentators: Think of the children! But this time, really do.